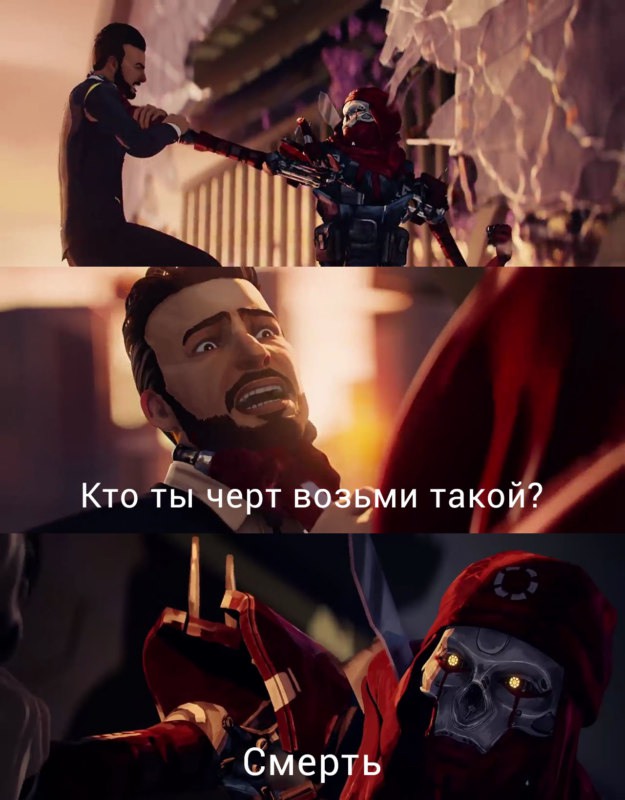 30 Jan 2020 released the trailer for season 4 of game of Apex Legends. In the video, which looked at 7 million people, the Revenant is attacking Marcos Andrade. The robot grabs hero by the throat and raises up. Marcos asked in horror: “Who the hell is this?” To which the robot replies, “Death.”

Footage from this episode became the basis for memes. First appeared the next day. Redditor This-Guy-Memes combined three frames, depicting the characters as different types of gamers. 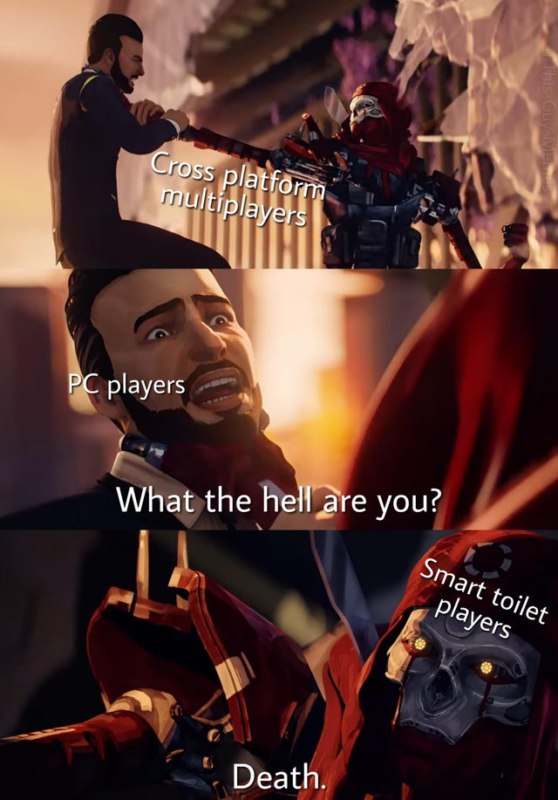 PC-players: Who the hell is this?

This pattern went on Reddit. Later memes from the trailer Apex Legends sawiroebis in social networks, including in Runet.

Meme “Who the hell are you?” ironically shows the confrontation between two characters or things. For example, hovering the computer program “Death” is the task Manager.

A similar question is asked hero Arnold Schwarzenegger in the movie “Predator”. But this pattern has long been included in the gold collection of memes, rather shows a reaction to something vile and disgusting.