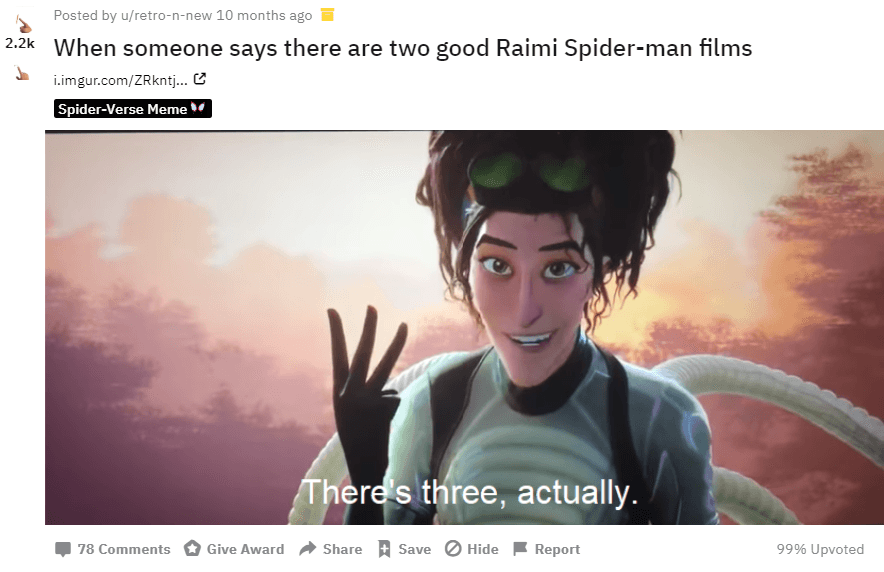 Three of them actually, (Well, actually three, There’s Three Actually) meme with Dr. Olivia the octopus, which shows three fingers on the hand.

The frame became a meme, taken from the animated film “spider-Man: Through the universe”. In one scene, Olivia Octavius, and Wilson Fisk talking on the balcony. Fisk says, “I killed spider-man. Why I just saw two more?” In response to this, Dr. Octavius said: “the three of Them, actually”.

For the first time as a meme, this template is used on 9 April 2019. Redditor retro-n-new published post titled “When someone says that there are two good movie about spider-man from Raymi”. The picture with the inscription “They are actually 3” added to the joke.

The format of the meme for a long time was not popular. But in the beginning of 2020 has become urgent. It began to spread on Reddit section r/Memes. Later, the meme came to social media, including in Runet.

Meme “Actually three of them” makes fun of various situations, when reality exceeds expectations. For example, if you’ve advertising on YouTube, in fact there may be three. Or when instead of four socks after washing will only find three.