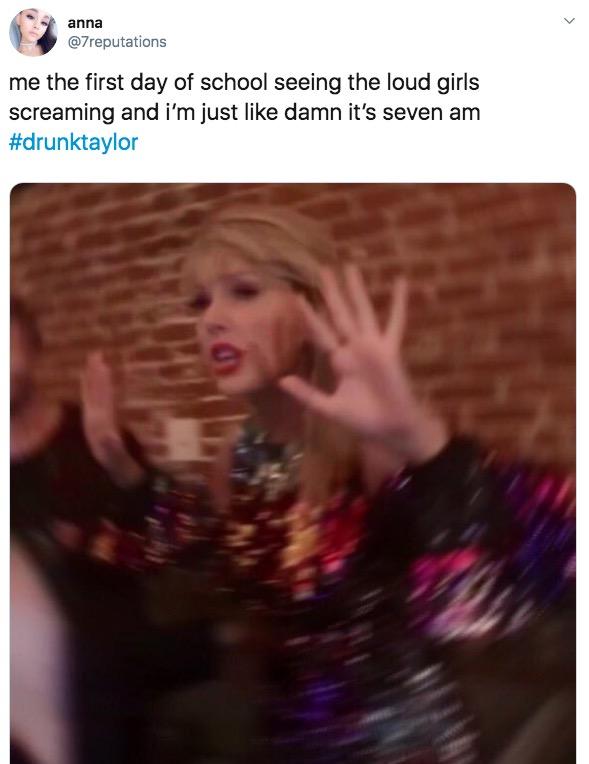 Drunk Taylor swift (#DrunkTaylor) — videos from drunk Taylor swift in a sparkly dress. Taylor dancing at the party and sings his song You Need to Calm Down, which came out in support of LGBT people.

August 11, instagram-stories drag Queen A Kerry Davenport there was a video from a party in Los Angeles. Video drunk Taylor swift in a sparkly dress dancing to your song You Need to Calm Down together with other celebrities. Twitter users instantly perezalil video below he disappeared.

Frames from the video with a drunk Taylor began to disperse to Twitter began to gain popularity the hashtag #DrunkTaylor. Went to the first joke.

On my first day at school see some noisy girls screaming, and I think, hell, it’s only 7 am

no one:
my washing machine: pic.twitter.com/3PSegcIRH2 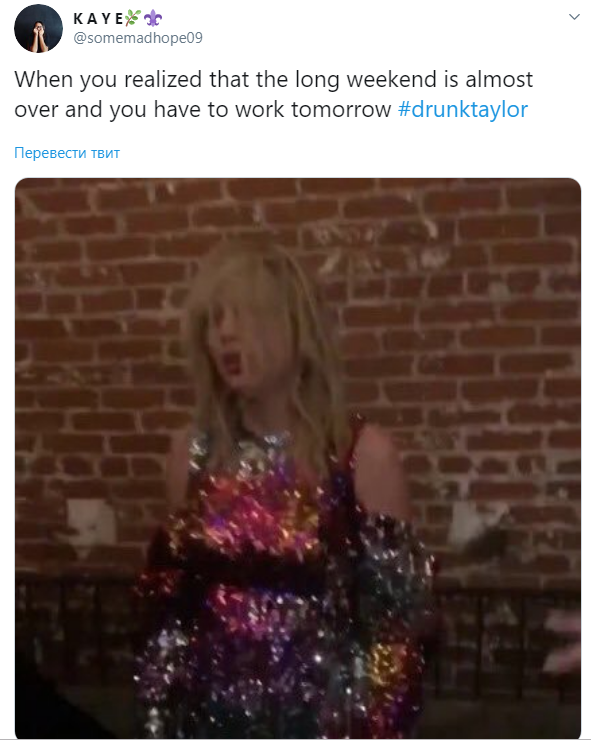 When you realize that the long weekend is almost over, and tomorrow have to go to work

Many joked that the next day Taylor will regret it. But no, 12 Aug singer posted in instagram photo from the party and wrote that the jokes on Twitter under the hashtag #DrunkTaylor she loved it.

Threw a party to celebrate with the people who made videos with Me! and You Need to Calm Down with me. We had so much fun that “drunk Taylor” is now trending on Twitter. To your health!Taylor Swift 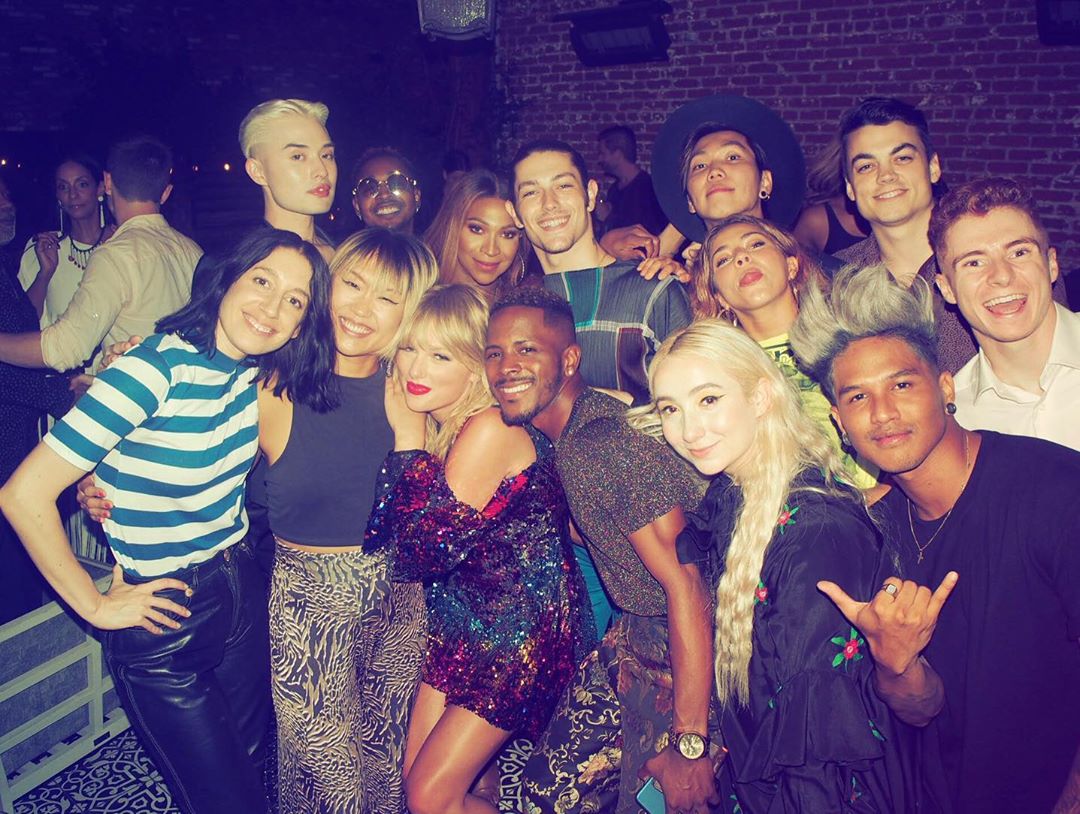 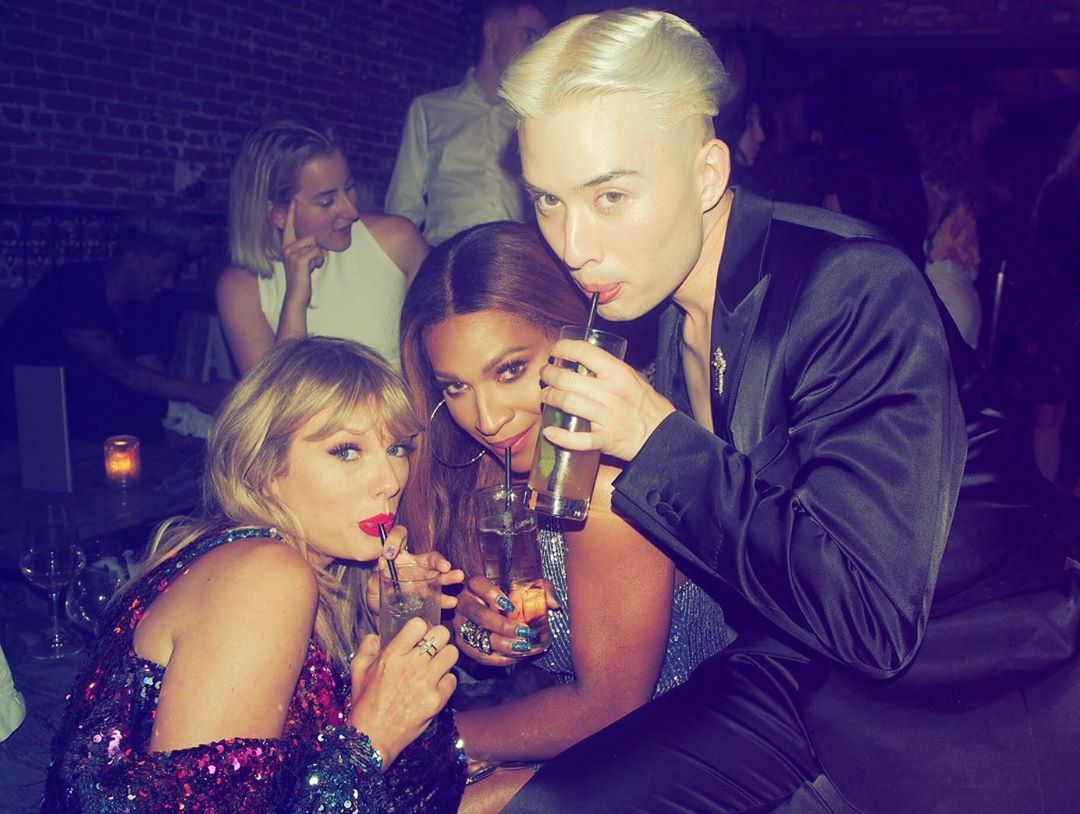 Video drunk Taylor swift first spread her loyal fans. But the video quickly came to a wider audience and turned into a meme. Drunk Taylor is used as an illustration of the human condition during the party or after it. Under the frame of the video joking about how alcohol affects behavior.