In the Russian-speaking Twitter has a new viral copy-paste. Users regurgitate the talk mothers with children, inserting in the text a different word.

It all started with the tweet of the wearer’s “Queen of Sochi” (@di_lirium). On 12 August she wrote:

Overheard at the bus stop — mom was asking children — who I want to be. The girl said: “DOLPHIN”. the boy next door laughed and said that’s impossible. And when asked who he wants to be said “DINOSAUR”.

The next day the blogger Anatoly Kapustin published the same text, replace the last word.

As often happens on Twitter, the pattern picked up by other users. 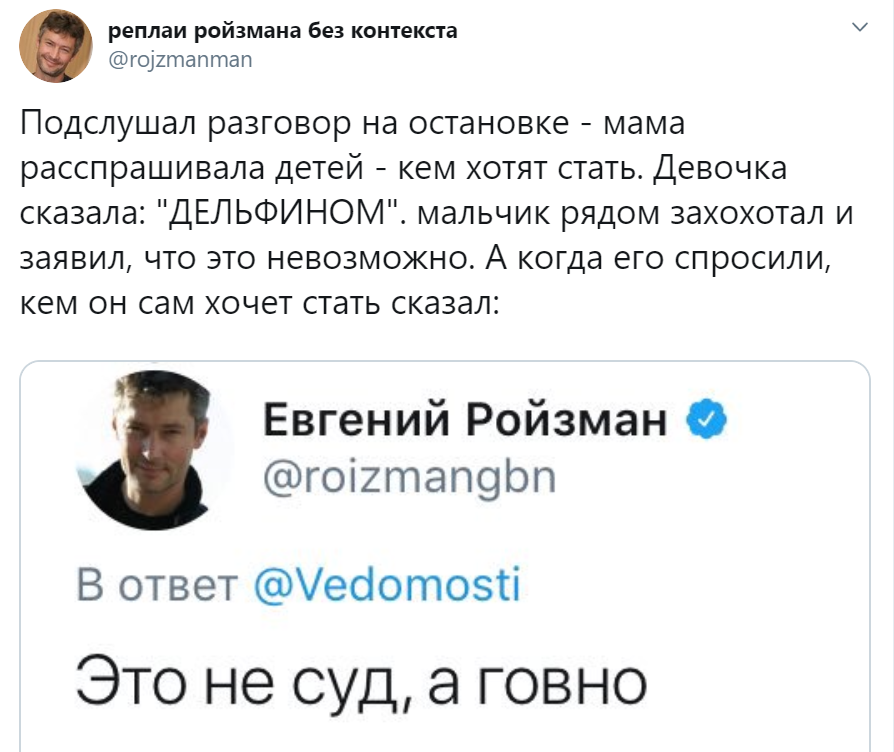 And then to the flash mob joined brands. Their versions of the joke suggested accounts “Yandex.Real Estate”, “Yandex.Cards”, “Eksmo”, etc.