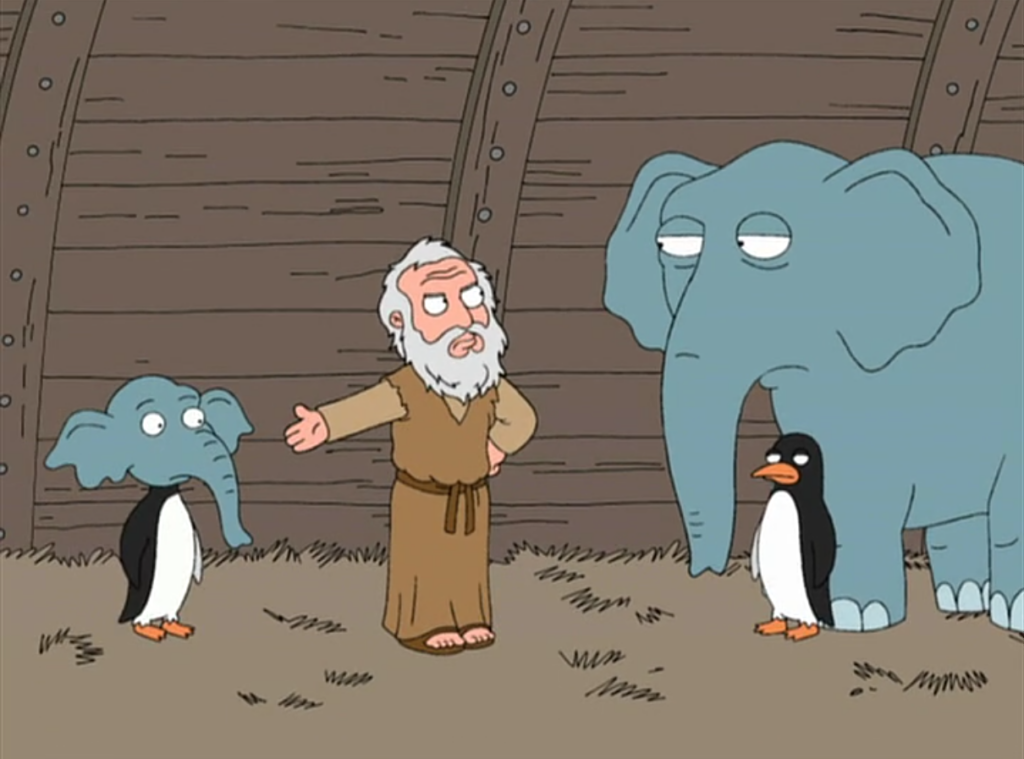 April 30, 2006, a series of animated series “family Guy” “Now you can kiss his… uh… lover”. In the story of a cousin of a talking dog Brian Phillip is going to play a gay wedding. But the mayor prohibits gay marriage, and the family is discussing the situation over dinner. After the argument that the Bible condemns gays, Brian says that the Bible was an elderly man who built the ark and took a pair of every creature.

At this moment there is insert with Noah, an elephant and a penguin and their hybrid. Animals telling Noah that he did not say with whom they should meet. Noah is threatening to throw their child overboard the Floor.

In 2012 the frame with the elephant, penguin and Noah with the caption: “What the hell?” posted on the website Memecenter. 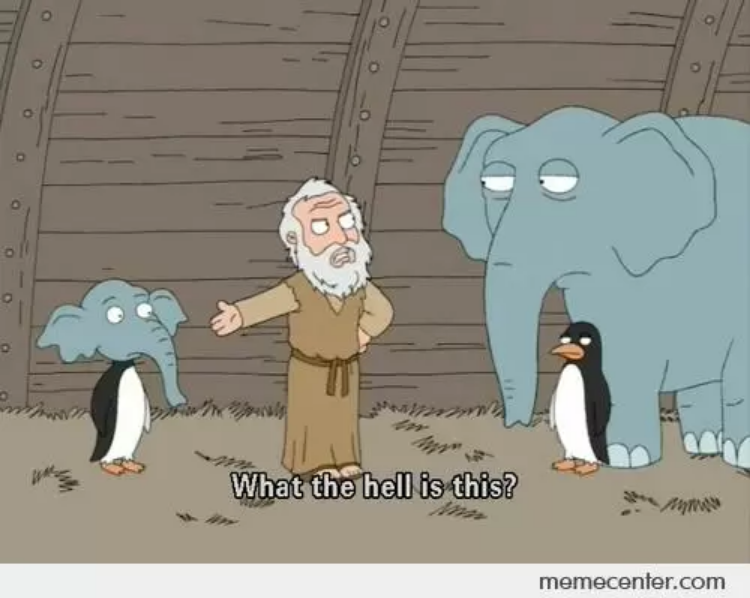 1 Aug 2013 a picture caption in Russian uploaded on peek-a-Boo. 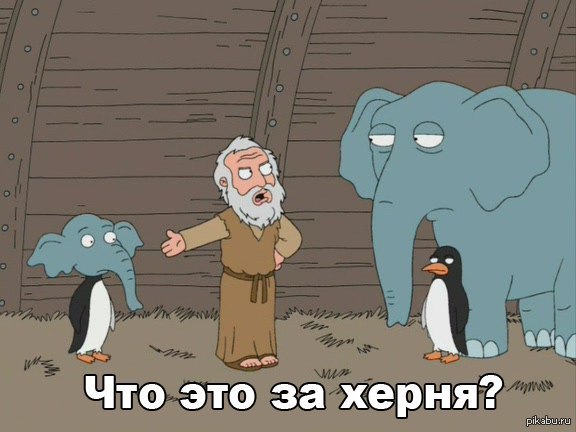 20 Feb 2014 peek-a-Boo uploaded a meme with a three pane frames from the ark, Noah, elephant and penguin and penguin with the head of an elephant.

In January 2019 to the picture began to add other signatures. January 12 Diamondkillen user posted a meme, which signed elephant “Sweden”, penguin “Denmark”, and hybrid “Norway”. 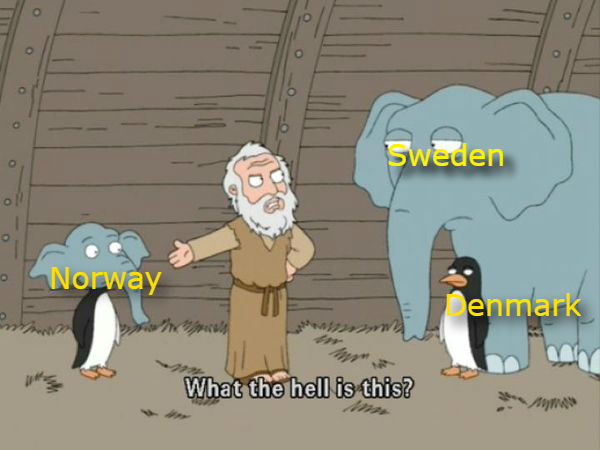 The meme was quickly picked up by other Reddit users, it has migrated to Twitter and “Vkontakte”.

The elephant and the penguin from “family Guy”, which is on the ark produced a hybrid: the penguin with the head of an elephant, became a meme about bad combinations, the hybrids and collaborations. It can be games, gadgets, music. Meme also can illustrate any situation in which a pertinent question: “What the fuck?”, who sets Noah’s family Guy.