Smile throws a table (Flipping Tables, Throwing the table) — is a text smiley, depicting a man in a rage throwing a table: (╯ ° □ °) ╯ (┻━┻) -. At first, the smile was popular in Asia, and then through various uses and got to the other continents.

The act of dropping the table in anger, usually associated with the image of frustrated fathers and husbands in the Asian feature films and television shows, as well as in the manga and anime. In Japan, the action under the name “Overturn the table in anger” (ちゃぶ台返し), illustrated such characters as Ittetsu Hoshi from the manga/anime of 1968 “Star giants” and Kantaro Terauchi from the 1975 sitcom “Family Terauchi Kantaro”. 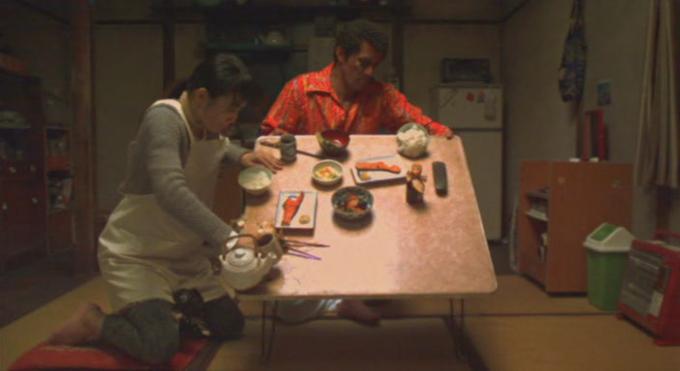 Although smiley has long been used in the Asian part of the Internet, the introduction of smiley in other countries did not begin until 2000. Just then there came a time distribution known Japanese franchise and the emergence of the world’s popular multiplayer online games such as Starcraft and World of Warcraft.

With the release of Starcraft II in 2010, among Western players spread smiley “drop table”, which is often used to Express anger or indicate that Rage Quit (out of anger) is inevitable.

A year later, the characters are “tossing the tables” made it to Reddit, where different variations have started to appear in the discussions. A year later, in 2012, in the Russian Vkontakte appeared first group dedicated to Japanese emoticons “kaomoji”. Since then, the Internet also began to “drop tables”, in response to different situations.

Text smileys with characters throwing tables relate to the culture of Kaomoji (顔文字). It’s a Japanese style image of emoticons, built not only on symbols but also on the basis of the characters. This kind of version emoticons from the Japanese, who thanks to the wide range of his writing can literally “paint” the text, differentiating significantly more emotions.

Such emoticons can be used not only in online discussions, which are usually available only keyboard. They are also suitable as a response in the form of photos or pictures. Smiley, who throws a table, is used to show an extreme degree of fury.