On the night of 31 December 2018 on the First channel came the show “Blue stars”. The name and format refer to the traditional new year’s eve broadcasts, which are on Federal channels for several decades.

Ivan Urgant and Alexander Gudkov ridiculed this format, making a parody with participation of young performers and bloggers. And they all turned out at 5 plus — at least according to Twitter users, who responded to the program meme and surprised posts.

In “the Blue Stars” was attended by Ivan Dorn, Monetochka, Little Big, Buckwheat, Feduk, Anton MS, Daniel Cross, Ilya Sobolev, Big Russian Boss, “Bread”, Malbec and Susannah, Big Baby Tape and others. The main theme of the evening was nostalgia for the 90s and 2000. 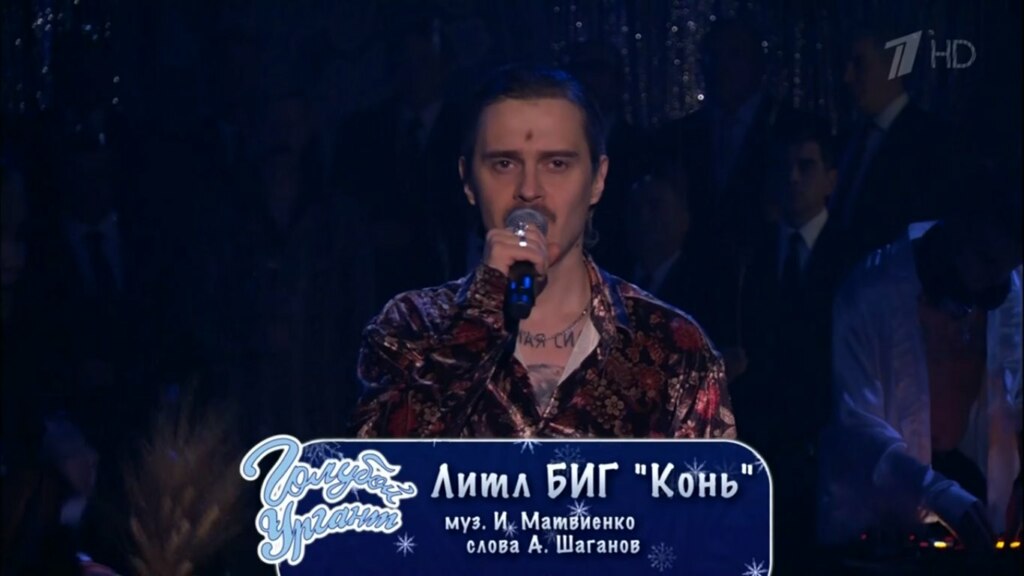 The musicians performed covers of hits of popular artists in the past. So, Meetoct got the song “dawn” group “Alliance”, the Work of MS — “Summer has flown” from the veterans of hip-hop S. T. D. K. Buckwheat sang a Pigeon, Jana, and Little Big song “Horse” of the group “lube”.

Comedians Cross and Sobolev also parodied famous comedians: Mikhail Zadornov and Jan Arlazorov. Between the rooms was showing a short insertion with the guests that best conveyed the atmosphere of the classic “lights” with their flat jokes, stretched endless fun and sparklers. 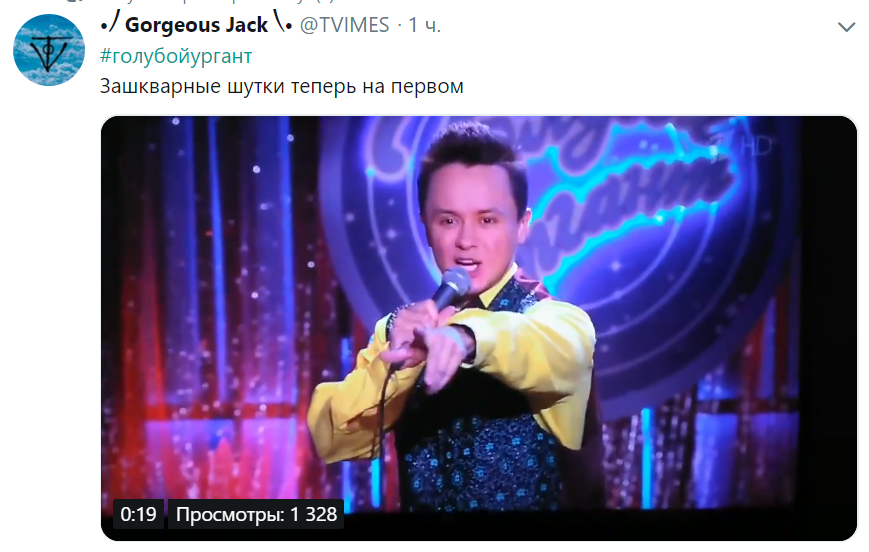 Unnatural images of guests, hidden references and “saskarne jokes” became an occasion for discussion in the Russian-speaking Twitter. Account “the Evening Urgant” on a single day was renamed to “Blue stars” and retweets everyone who published something under the hashtag #Haubourdin. 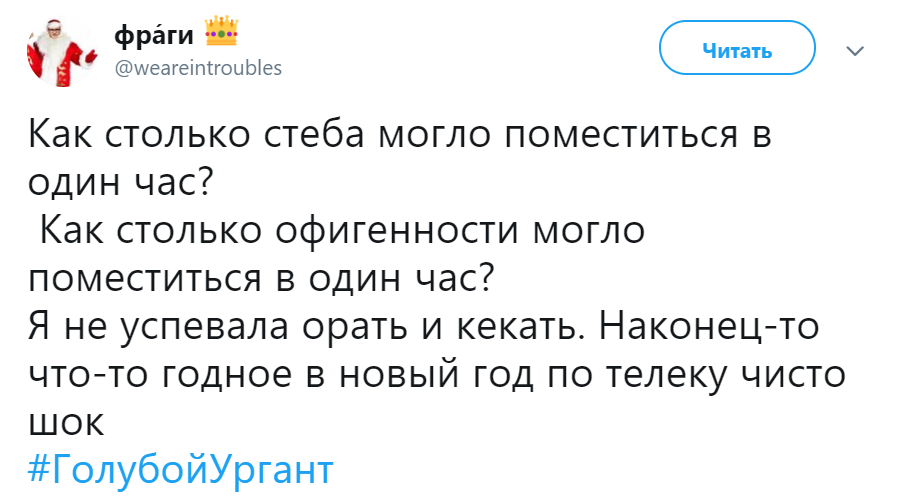 Of course, not without memes. The tone was set by himself “the Blue stars” by publishing this announcement shortly before the broadcast: 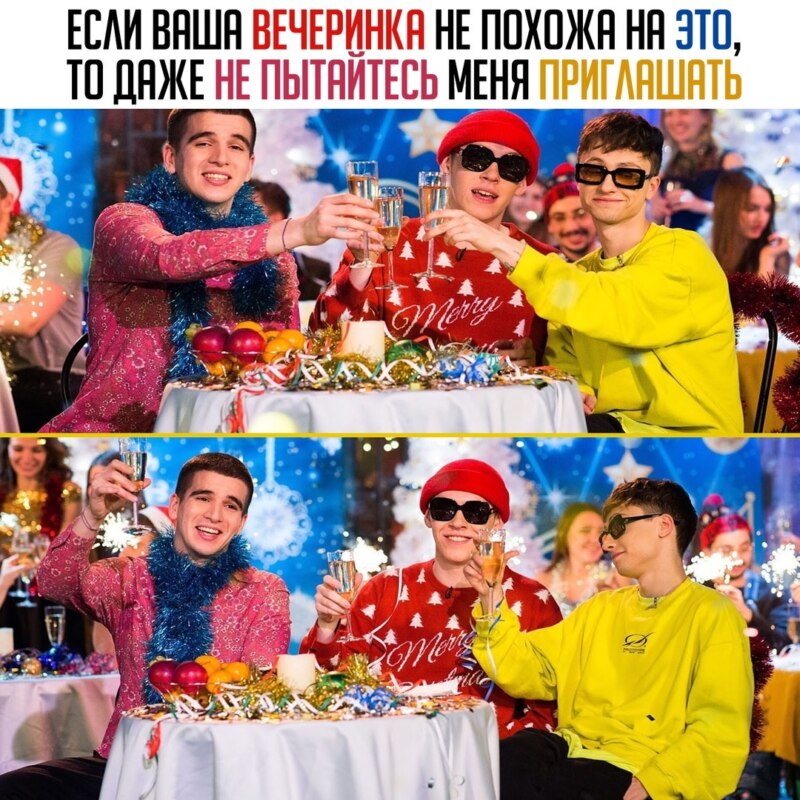 From the first minute of the show on Twitter showered screenshots and even photos of TV, most epic moments were the meme. 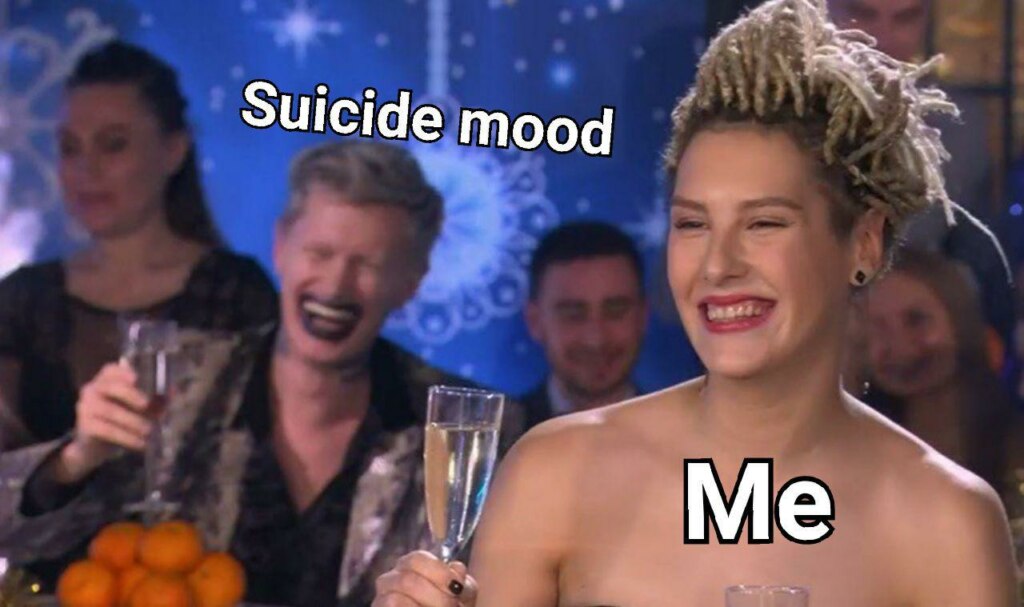 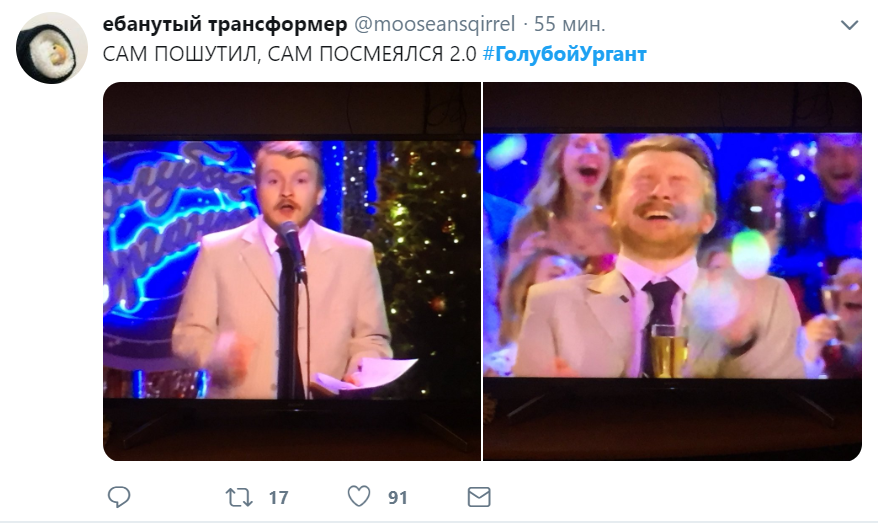 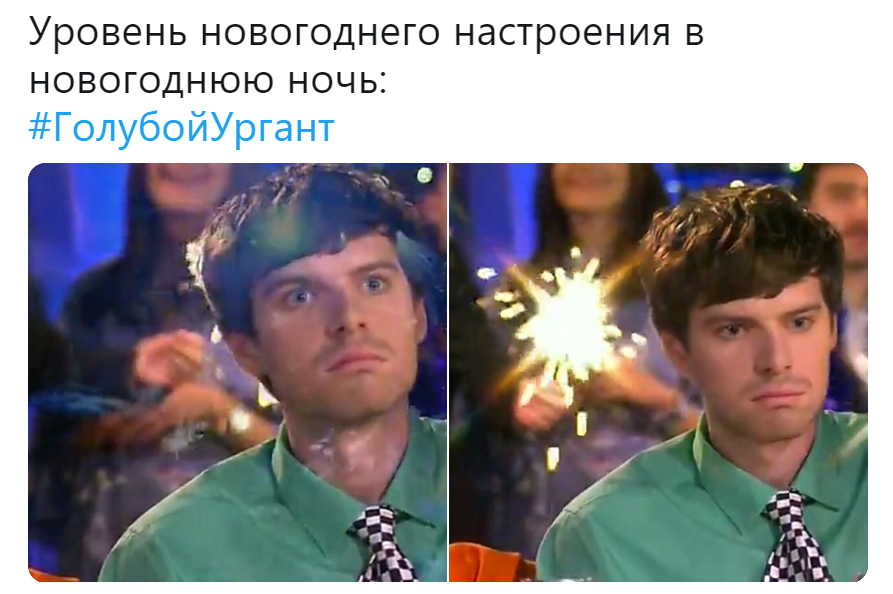 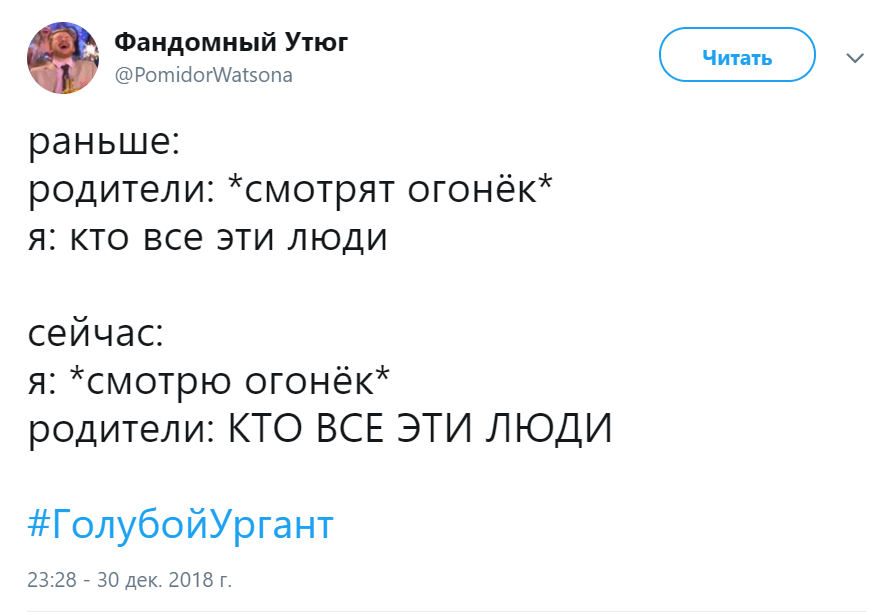 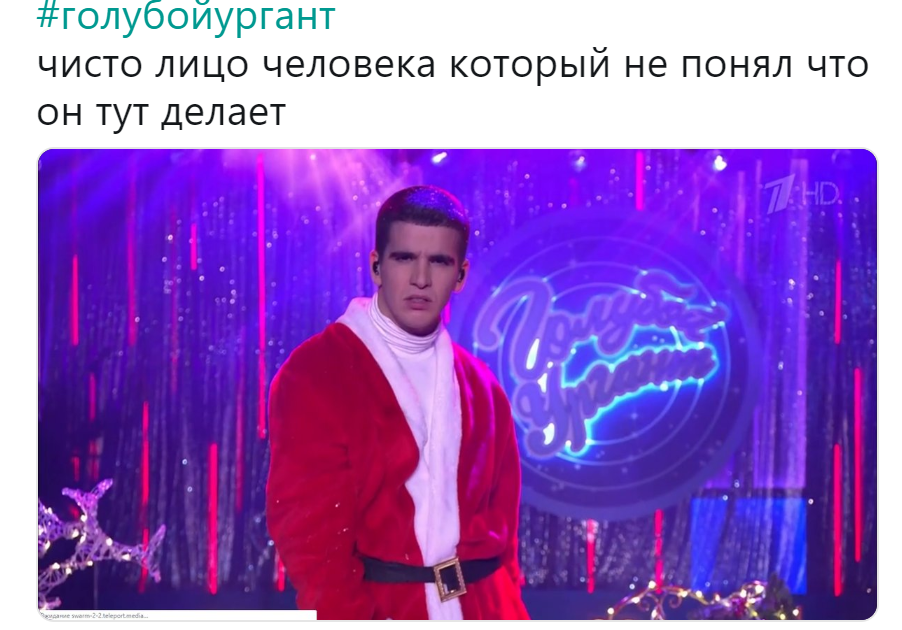 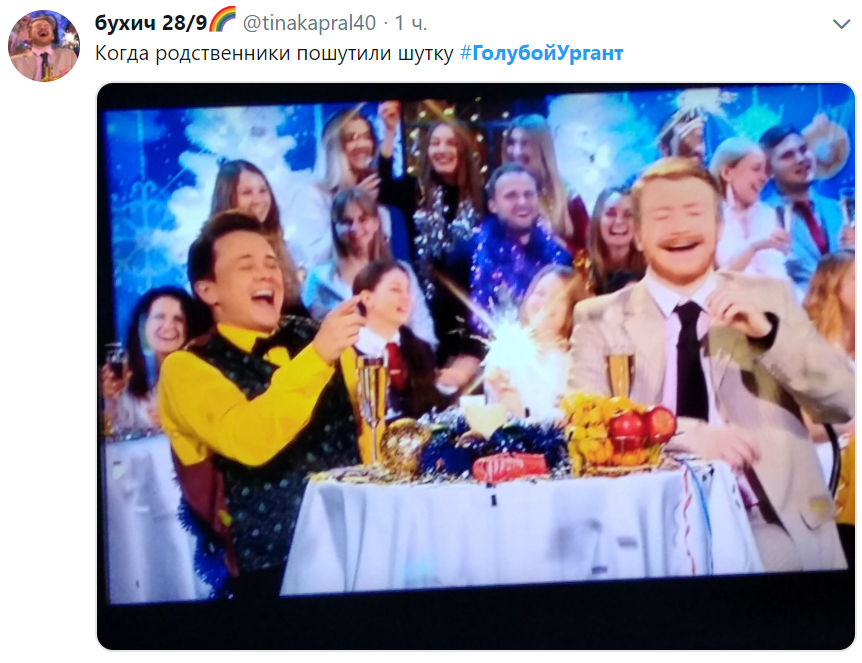 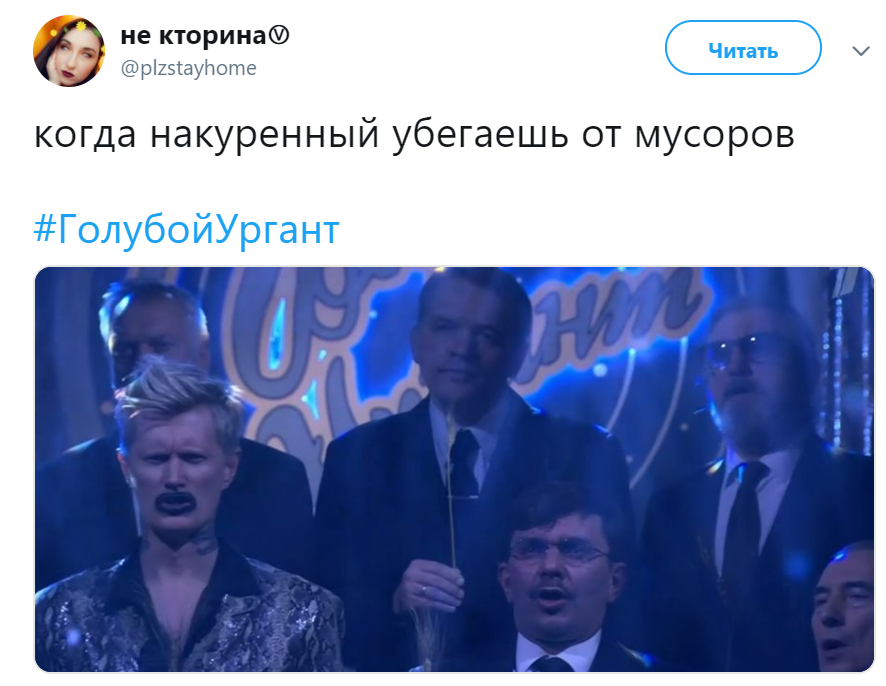 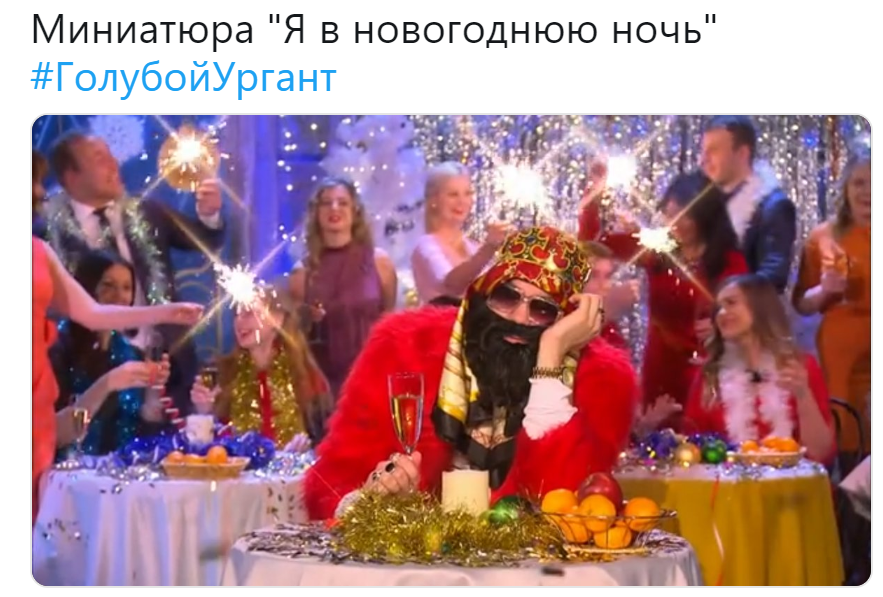 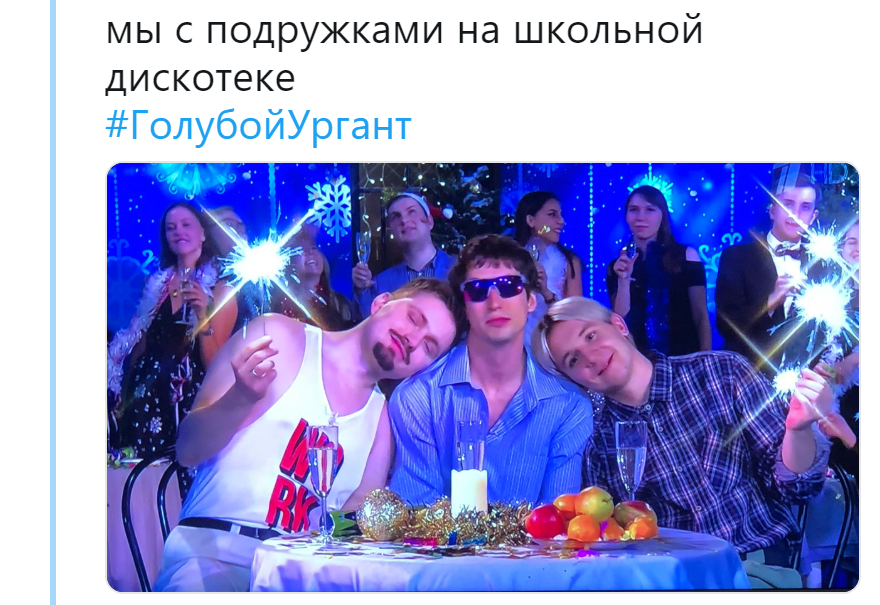