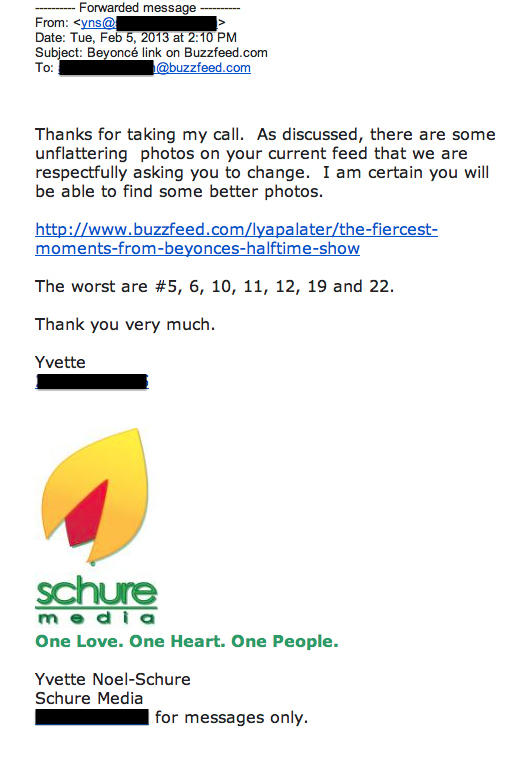 “Remote Internet” photos beyoncé (an unflattering Beyonce) — one of the most famous photos to photoshopped pics based on filmed in the wrong time frame singer Beyonce during her speech in 2013 at Super Bowl XLVII. The photos instantly became a subject of discussion in the network after the singer’s representatives asked to delete “unflattering” image. After the publicity shots began to spread with even greater force.

The super bowl is the most popular and most watched event on television in the United States. For example, for 30-second commercials during the super bowl have to pay from $ 4 million, so the viewing will be advertising. It is because of everyone’s attention on him, try to invite only stars of the first magnitude. The Internet, of course, “buzzing” a few weeks after events of this magnitude.

Just 4 Feb 2013, Buzzfeed published a compilation of the interesting moments of the super bowl, including the different quality photos of the performance by Beyonce at halftime. The following day, Buzzfeed editors received an email from a representative of Beyonce, asking them to remove seven “unflattering” photos of the post. And instead of delete, Buzzfeed singled out these pictures and even published the letter from a woman named Yvette, a representative of Beyonce.

Thank you for take my call. As discussed, your current news feed, there are some unflattering photos that we respectfully ask to be replaced. I’m sure you can find a better picture. The worst is #5, 6, 10, 11, 12, 19 and 22. Thank you very muchYvette

Request the representative only provoke unwanted attention from several major news publications, including The Week UK, the Huffington Post, The Telegraph, Examiner, TechDirt , and many others. As these photos continued to spread through the network, the emergence of fotosub was only a matter of time.

First photos of Beyonce and being passed through photoshop, began to surface in social networks and on different imageboard. At first it was a forum of bodybuilders, which was soon Packed otvorochennymi photos of the singer. Later photos and got to Reddit, taking the subreddits /r/ PhotoshopBattles and /r/ AdviceAnimals.

February 7, 2013 at Deadspin launched a photoshop battle, the basis of which was the same photo of beyoncé. And this topic again attracted the attention of major media: the best of battles it was soon published on Buzzfeed, The Daily Dot, Huffington Post and MSN Now.

8 February of the same year about the photos written in Fishki.net and peek-a-Boo almost every year to”celebrate” the day “exemptions in this photo from the Internet”

Bad photographs “perfect” stars have almost a hundred percent chance to become a meme. Such an arrangement of awkward posture and the strained expression simply can not bypass the network side. And even more so, after all the bad publicity and requests to delete photos.

Apparently, the singer’s representatives didn’t know about the Streisand effect: the phenomenon whereby an attempt to remove or withdraw any information from being shared only leads to its spread in the scale, which then becomes even difficult to measure.

That’s why Beyonce has already offered the role of a powerlifter and boxer, had to fight with Bane from “the Dark Knight” and even sucoplate Dr. Zoidberg from “Futurama”. 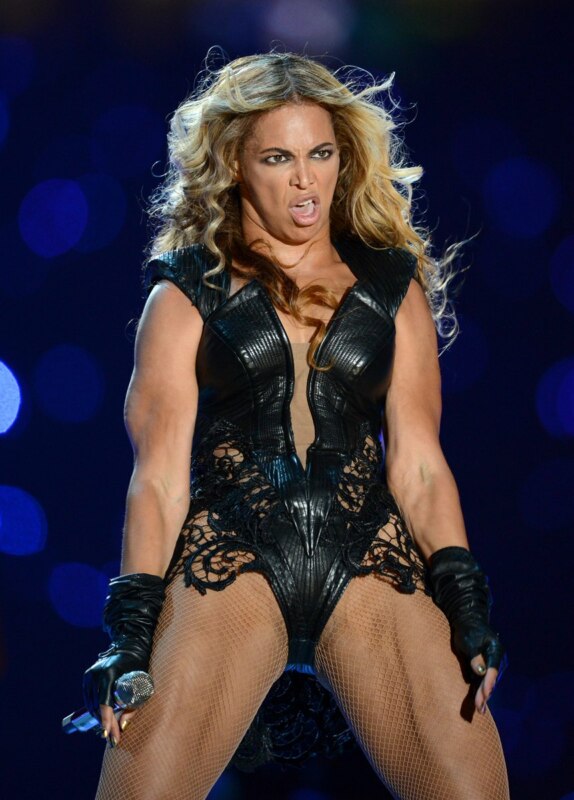