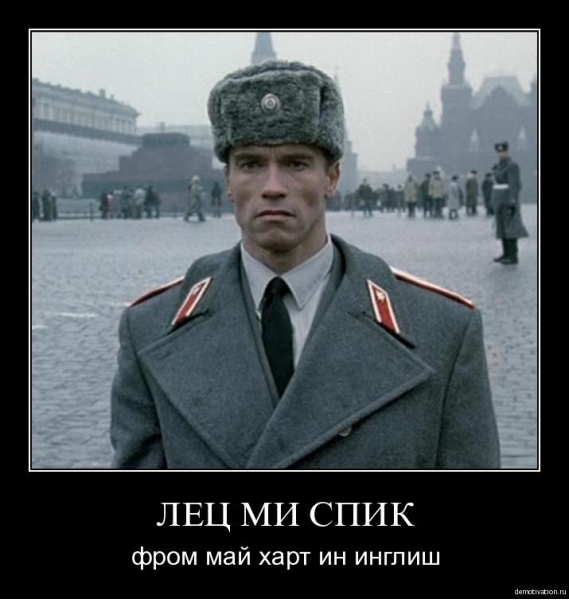 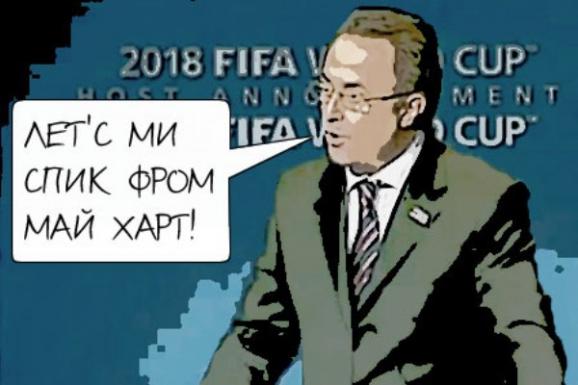 Years mi ACNP Frome may HART — phrase of the Minister of sports of the Russian Federation, head of the Russian football Union Vitaly Mutko said during a speech at the meeting of the FIFA Executive Committee in 2010. And theEnglish expression “Let me speak from my heart” (Let me say from the heart) became a meme because of the terrible accent in his speech showed Mutko.

December 2, 2010, at the meeting of the FIFA Executive Committee discussed the issue of granting the right to host the world Cup in 2018. The struggle was waged between four candidates: Russia, Britain and the pairs Spain-Portugal and Belgium-Netherlands.

Eventually defeated (and already successfully held a tournament) Russia. Country a presentation was made by the then head of the Russian football Union Vitaly Mutko.

“Dia, the President of Blatter, kolligs of ze ekzekutiv Committee. Lets mi ACNP Frome may HART John inglish!” it — literally-with these words began his speech Mutko. After listening to the applause, Vitaly continued performance, and each new proposal became clear that the stereotypical, pronounced Russian accent English only gaining momentum.

Many who watched this video, there was a feeling that Mutko was reading a leaflet the English words written in Russian letters. Mutko partially confirmed this in an interview. He said that the text of the speech was written in two languages, and in particular, he was given a variant Russian transcription of English words.

The original video for the treatment of Vitaly Mutko was uploaded December 2, 2010, and soon removed at the request of FIFA. But the Internet remembers. The video has spread on social networks and news portals, and quickly gained views. This blissful theme with the whole selection of epic phrases could not remain without attention of Internet users, so remixes, songs, and memes were only a matter of time.

Moreover, the performance of Mutko did not remain without attention and outside of the Internet. 25 may 2015 in the show “Evening Urgant” under the heading “Years mi SPIK from may HART!” decided to see how well you know English ordinary Russians.

29 September 2015 was shown another edition of “Years mi SPIK from may HART!”.

On the performance Mutko has responded and the government, because the politician represented the whole country at the international level. December 8, 2015 Vladimir Putin at a meeting of the presidential Council congratulated Vitaly Mutko, who by that time became the Minister of sports, happy birthday and gave him a tutorial in English.

20 October 2016, Prime Minister Dmitry Medvedev began a session of the government with the words “Well. As some of my colleagues say, years mi ACNP Frome may HART John Rashn”. The reason for this was the presentation of Vitaly Mutko on a post of the new Deputy Prime Minister.

Reaction to important, but not the best speech of the Russian representative in the international arena were very different. It literally divided the media into two camps. One reacted to the “Years mi SPIK from may HART” Vitaly Mutko with the negative, stating that such a statement is nothing but shame for the country can cause. The other, in turn, less painful perceived the situation, and walked over to her, above all, with humor.

Anyway, Russia won the right to host the World Cup, and has already managed to spend it. Therefore we can not confidently say that the performance Mutko, at least in some way affected the decision of the FIFA Committee. “Open e new era in football Tugeza”, friends.