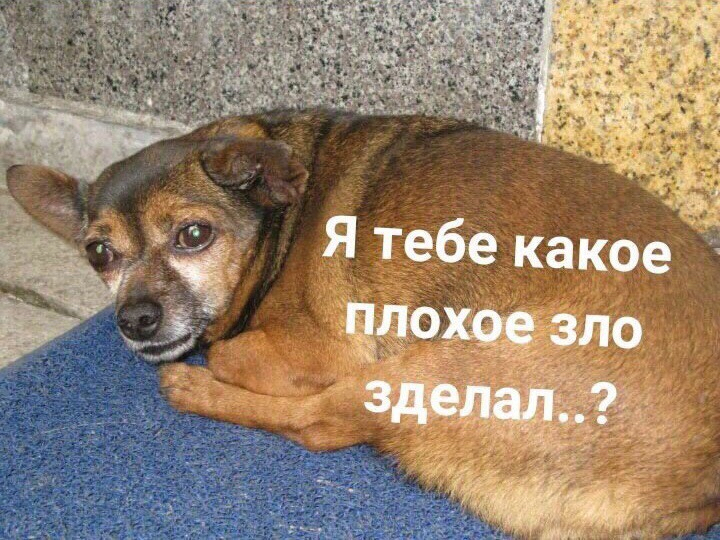 It is unknown who invented the meme about an angry dog and when did the original. First pikchi with mongrel and superimposed over the picture an inscription appeared on the Internet, presumably in the beginning of April 2018.

If you know the origin of this meme, please email us: rusmemepedia@gmail.com

Initially the meme was spread in narrow circles among Twitter users and Daca. The picture with the inscription “I told you what a bad evil I have done” (in the original, allowed a deliberate mistake — “create one” instead of “did”) used as a reaction to something offensive. 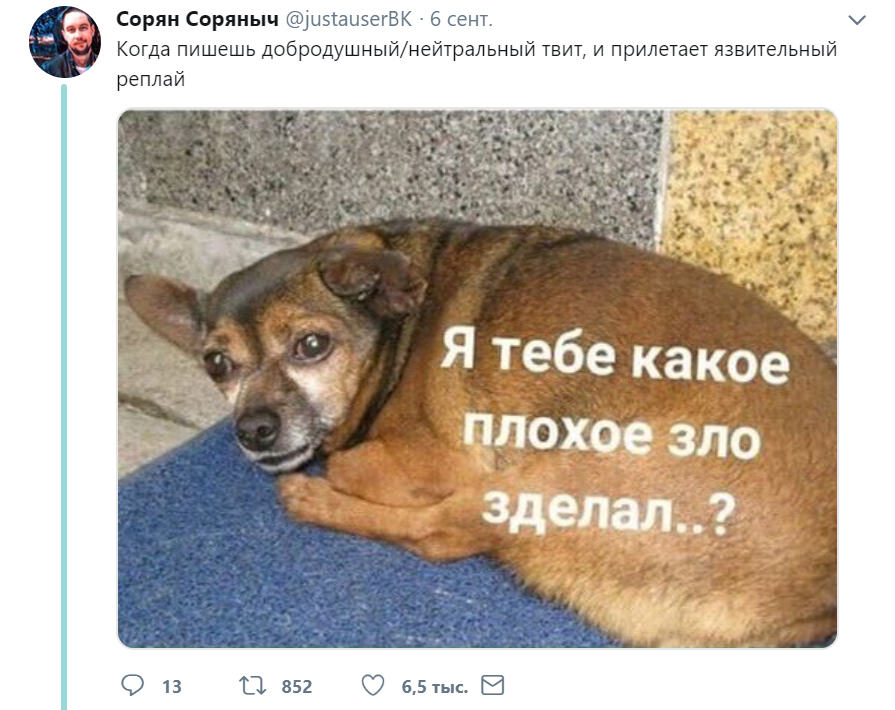 In the summer of that year, a meme began to spread in “Vkontakte”. In many pages there were images to finish the top words, the answers to which were the template with a dog.

Finally, the third stage of development of the meme occurred in the fall of 2018, when the phrase “I tell you what bad did evil” began to ascribe to others the sad animals, including the famous tear-stained cat. 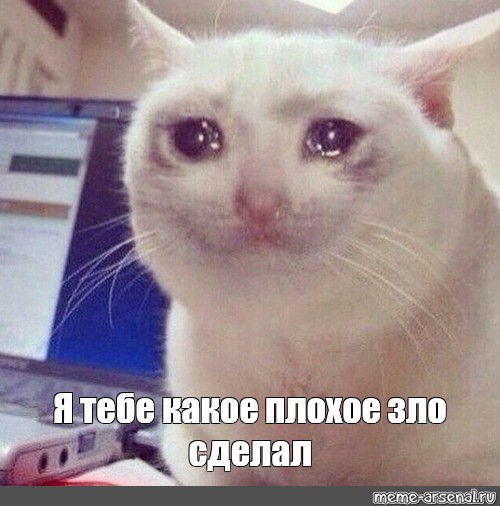 In winter, the meme began to live my life, and the expression “I tell you what bad did evil” left in everyday speech, it has become a verbal meme, which often can be found in the comments “Vkontakte” or replac Twitter.

Meme “I told you what a bad evil made” is used as a reaction to something offensive. Often this phrase is used in the comments in response to a rude and abrupt response of the user with whom you have entered into the discussion.