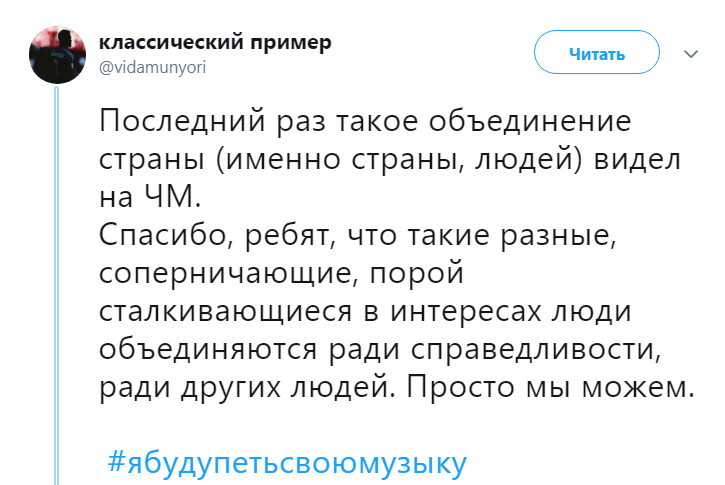 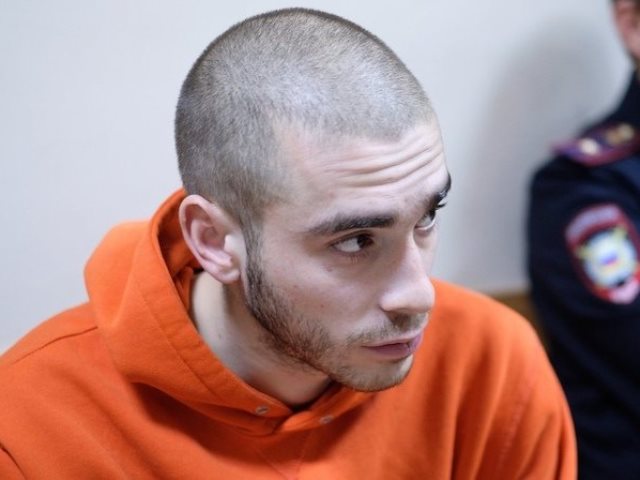 #Budapestiensis hashtag in support of freedom of creativity of Russian musicians. A line from track rapper Husky, who was detained in Krasnodar, a joint concert!!, Noize MC Basta in support of Husky. The phrase “I’m going to sing my music” became a slogan for freedom of expression and spread in social networks.

31 March 2017 rapper Husky (Dmitry Kuznetsov) released the album “Favorite songs (imaginary) people.” It contains the track “ay” with the line “I’m gonna sing your music”. May 25, 2017, the rapper has released a music video for this song.

In November 2018 the creativity of the rapper has caught the attention of law enforcement. 19 Nov his music video, “Judas” was blocked on the territory of the Russian Federation without explanation. With the participation of security forces was cancelled several concerts of rapper: in Togliatti, he was accused of incitement to cannibalism, in Rostov-on-don, law enforcement officials demanded to turn off the electricity at the site, where was held a concert.

21 November, the security forces banned a concert of Husky in the club arena Hall in Krasnodar. In response, the rapper climbed to the roof of one parked outside a club and have arranged an impromptu concert for fans on the street. During this Husky was arrested, the court sentenced him to 12 days of administrative arrest under article “Small hooliganism”.

This caused a wave of indignation among ordinary users of social networks, and among representatives of the music industry. Suddenly, for the Husky stood up even people’s artist of Russia Lev Leshchenko.

24 Nov rapper Oxxxymiron announced a concert in support of the Husky together with Noize MC Basta in the “GlavClub” in Moscow. The concert was called “I will sing my music”, Oxxxymiron encouraged to distribute the hashtag #Budapestiensis.

I’M going to SING MY MUSIC: Basta, Oxxxymiron, Noize MC. A concert of solidarity. In our country, the frequent cancellation of the concerts and intimidating performers. Artists blame the problems of society, because it’s easier than to deal with these problems. Creativity is a reflection of reality, sometimes crooked, sometimes true, but not reality itself. It cannot be taken literally. 12 days of arrest now serving in Krasnodar rapper Husky in whose texts see propaganda for what is not there, blocked the clip and ripped off a series of concerts. Future concerts are also in jeopardy, and therefore called into question his freedom of expression, and an honest living. It’s chaos. We may not share the views of Husky do not understand his music or the action, but it should support him in this difficult time. Therefore, since he is unable to speak right now and earn yourself, we’re giving a concert of solidarity and list to him all the proceeds. It is not only and not so much about Husky, but about all of us and our future. Come and, even if you despise hashtags, join us in social networks with the hashtag #budapestiensis. Tickets at the box office “GlavClub” and the link in the description inst. @noizemc @bastaakanoggano

Tickets for the concert were sold out in a few hours, and the hashtag #Budapestiensis spread and for several days stayed in the top Russian-language Twitter.

November 26, in Krasnodar the court has satisfied the appeal of lawyer Husky rapper has released on freedom, and the conviction was overturned. Husky held in jail for four days. Editor-in-chief of Russia Today Margarita Simonyan wrote in his telegram canal that the rapper was released after it learned of the situation influential people from the President’s Administration was “outraged by the incident”. This information is confirmed and the source of the TV channel “Rain”.

Concert #Budapestiensis in support of the Husky was successfully held on 26 November, the stream led social network “Vkontakte” and TV channel “Rain”.

At the end Oxxxymiron, Noize MC Basta and together performed the track Basta My game. Noize MC, Oxxxymiron and especially for the speech he wrote his verses. During the final song came on the scene also Face Roma Zhigan, PLC, STAIRS, Castaner, 25\17, Cass, Thomas Mrvz, May Wave$ Lockin and Aloud.

The hashtag #Budapestiensis not only the name of the concert or a song lyric Husky, but the slogan for freedom of creativity. It is used in social networks musicians and their fans to show that people should do their job no matter what and have a right to Express their thoughts, even if someone doesn’t like it. During the joint concert!!, Noize MC, and that’s repeated several times that solidarity is very important for companies. And, judging by the reaction in the network, with this in mind, many agree, hence the phrase “I’m going to sing his music” went to the people.